Ever said one thing and done another – Part I

Have you ever said one thing but done another. Have you ever gone from a situation and thought “why did I do that” (either in awe or in disappointment of yourself)? As you may have figured out, we are not always consistent in how we make choices. Inconsistency can be problematic for two reasons. One, we might not be as reliable as we hope to be and secondly, because consistency is a big deal in financial theory. People behaving inconsistently is contrary to the very foundation of almost all models in classic economics. These models are very logical but not always psychological. There is an assumption in these models that people are consistent, i.e. don’t let emotions sway a rational choice, but it turns out that we are not very consistent in our choices. The top three reasons for inconsistent choices are; 1. How the alternatives a presented (framing), 2. If we are excited or calm (our emotional state) and 3. what others are doing or expecting us to do (social pressure). Whereas a rational machine wouldn’t care about these three things, we as humans do. This post is about framing (stay tuned for the next two).

We react differently to losses and gains. We don’t like to lose something we already have. Losses cause a larger negative emotion than the positive emotion from an equivalent gain. So, losing $100 “feels” more than winning $100.

This used to mean that we are risk averse in all situations, i.e. the risk of losing causes us to avoid risk. While risk aversion still is a foundation in classic economics, based on our understanding today it is more accurate to say that we are loss averse. This means; avoiding loss is more important than avoiding risk. Sometimes we will take a risk in hope of turning losses into gains. In those situations we go from risk averse to risk seeking, while still being loss averse. This change in attitude towards risk can be triggered by how the alternatives are presented.

Consider this hypothetical life and death choice proposed in 1981 by Amos Tversky and Daniel Kahneman where you are asked to choose between two treatments (A or B) for 600 people:

(B). You can choose a treatment where there is a 33% chance of saving 600 people and 66% possibility of saving no one

Which one would you chose? Alternative (A) where you are sure to save 200 lives or (B), take a gamble that could kill everyone?

Compare these two alternatives with the following, set in a negative frame.

(A). You can choose a treatment where 400 people will die or,

(B). You can choose a treatment where there is a 33% chance where no one will die and 66% probability that all 600 will die.

Now, which one would you chose? Alternative (A) that is bound to kill a majority of all people or (B) where you have a chance of saving every single one?

I know that you might not have your thinking cap on, and that’s the point of this example. Many studies show that we are terrible at probabilities since we prefer to relax our brains and avoid any cognitive strain. But without your thinking cap, which would you chose in the positive frame (A or B) and which would you chose in the negative frame (A or B)?

Now, if your mind isn’t completely on autopilot you might see that both (A) alternatives are identical, the same goes for the (B) alternatives. Why then was alternative (A) more appealing in the positive frame and alternative (B) more popular in the negative frame? Several similar examples involving money as well as life or death choices show the same results. Positive framing makes us risk averse (choose the sure thing, don’t gamble) and negative framing makes us risk seeking (when in trouble – double – you’re screwed anyway). The Prospect Theory, devised by the same two gentlemen as the experiment, explains this phenomena. Here I explain it in two parts; the upside and the downside.

The Upside: “you have a good thing going for you, don’t screw it up” – risk averse

First look at the bottom left corner where it says Utility 0 and Wealth 0. It basically says; it sucks to have nothing. Utility is an academic term that can be roughly translated into “feeling good”.

The downside: “You are screwed anyway, you might as well gamble your way out of it” – risk seeking

If we put these two graphs together, we get the Prospect Theory.

As you may see, the downside curve to the left is steeper and deeper than the upward sloping curve to the right. This means that losses will hurt more than gains. About 2.5 times according to different studies. This graph explains that we are loss averse (losses loom greater than gains) and how risk aversion turns into risk seeking if we experience losses.

Our ability to be consistent is seriously crippled by how choices are presented (in a positive or negative frame). So, if you want encourage safety and risk aversion, try presenting your case in a positive frame e.g. you have so much, it would be a shame to lose it. And if you want to encourage risk taking, try presenting your case in a negative frame, e.g. you’re screwed anyway, you might as well take a chance. This is why, at an unfortunate game of cards, someone throws in their car keys, their childrens’ college funds or worse.

All this will of course vary depending on personalities. But not only that. Being humans, our inner struggle will also fuel our inconsistency. Our emotional state will also cause inconsistencies. More on that in my next post. Stay tuned.

Who you should vote for! 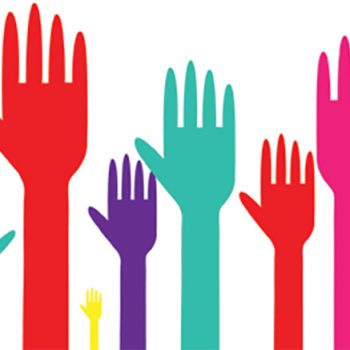 Have you ever said one thing but done another? Part II 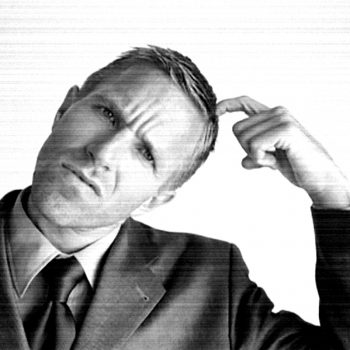